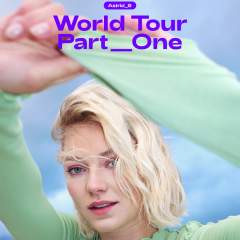 Since the age of 19, Astrid S has built her name through the steady release of strong singles which has captured attention immediately. He work includes the dark R&B tracks 2am and Hyde plus the big bangers Paper Thin and Hurt So Good.

This year has seen the release of her stunning second EP Party’s Over. She promotes the new material with highly anticipated headline shows. See her perform at Manchester’s Gorilla and Heaven in London during October 2017.

With everybody trying to get their hands-on Astrid S tickets you will need to act fast and get your books before they are all gone. Gig ticket orders can be placed 24/7 with Gigantic using your smartphone, tablet or computer.

The Norwegian musician from Berkåk has appeared in her home country’s edition of Pop Idol. But she truly made her name with the release of her eponymously titled debut EP in 2016 which featured the track Hurts So Good.

“There's something kinda Rihanna-esque in her tones on the verse�"a husky vulnerability�"which perfectly suits this torch tune, about a relationship that's, guess what, deeply conflicted. It feels so good, it feels bad, but you just can't quit it.” - Noisey

This summer has seen the release of its follow up. Tiled Party’s Over, the new record is certainly impressing many in the music press.

Demand for Astrid S concert tickets is sky high so you better get in gear and book yours quickly. Gigantic offers you excellent customer service whenever you are selecting from our huge range of essential gig tickets so we are always the right place to come whenever you are booking for your big night out.