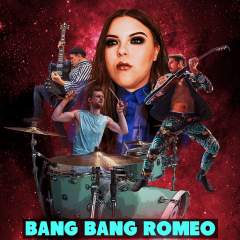 Following their opening performance on the main stage Isle of Wight Festival to “record crowds” and supporting pop icon P!nk on her 2019 European tour, Bang Bang Romeo now they announce a major tour!

You can see them smash it at The Mash House in Edinburgh, The Leadmill at Sheffield and Manchester Club Academy during October 2020.

“The most formidable front woman I’ve seen, talk about charisma, presence and a voice to match” - Gordon Smart, Radio X