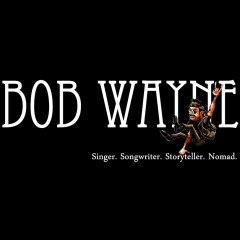 Bob Wayne will be performing at Hoxton Bar and Kitchen in London on Monday 19th May. Get your tickets below.

BOB WAYNE is as true of a DIY act as there is, kicking off his career without an agent, manager, record label, proper touring vehicle or fulltime backing band. He picked up and moved from the Pacific Northwest to Nashville and was instantly embraced by the community of underbelly outlaws whose stripped down and straightforward country cuts through the mainstream noise and pop pretenders. “You can’t rely on waiting around,” he insists. “You just go. That’s what I do. I’m just going to keep doing it.”
BOB WAYNE songs often deal with the spiritual torment of living life pulled between good and evil; or they are about cutting loose and partying with your best friends; and then there are what he calls “the story songs.”