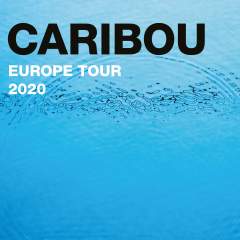 The new album, which follows up 2010's 'Swim' is due for release on 7th October the day before Caribou's launch show at London's KOKO with Jessy Lanza. The new record also features collaborations with Jessy Lanza as well as Owen Pallett.

Caribou is Canadian electro musician Dan Snaith who previously recorded under the name 'Manitoba'. To date Snaith has recorded six studio albums as Caribou and several releases under his Manitoba moniker as well as a handful of releases as his other alias Daphni.

Caribou has received major critical acclaim in Canada including winning the Polaris Music Prize (2008) and a Juno Award (2011).

Purchase your Caribou tickets with Gigantic below.