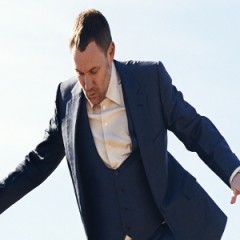 Gray is well known for his breakthrough album 'White Ladder', which brought him worldwide success upon its re-release in 2000 and his chart-topping follow-up album "A New Day at Midnight". At present Gray is about to release his 11th album 'Mutineers', which follows 2010's 'Foundling'.
Over the course of his twenty-plus year career Gray has been nominated for two Best British Male Solo Artist Brit Awards and received award nominations at the Grammy Awards, BAFTA Awards and MTV Video Music Awards.

Purchase your David Gray tickets below.