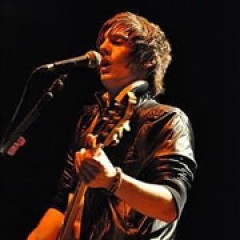 Kings Ov Leon are the amazing tribute act, who tour worldwide and play to packed out venues of stunned fans, amazed at just how close they get to the real thing.

You can see them play at The Flowerpot in Derby on Saturday 20th of October 2018.

Since releasing their debut album in 2003, they have gone on to sell over 18 million albums plus a further 24 million singles worldwide. Highly decorated, they have taken home two BRIT Awards, three NME Brat Awards and four Grammy Awards.

Their latest record entitled WALLS is their sixth consecutive album to hit the coveted #1 slot.

Kings Ov Leon of the remarkable cover band which fans agree are the next best thing to seeing the original band.

We only have limited amounts of Kings Ov Leon concert tickets in our stocks so you need to act fast. Gigantic offers excellent customer service on a huge range of essential gig tickets so make us your first choice when making arrangements for your big night out.