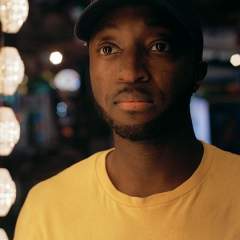 Possessing a gift for songwriting which allows him to push the boundaries of R&B, pop and soul while also presenting an intriguing worldview in his lyrics, RATIONALE has become an in-demand collaborator. Rag’n’Bone Man (‘Wolves’, ‘Guilty’ and ‘Life In Her Yet’), Katy Perry (‘Act My Age’) and Nause (‘Dynamite’) have all called on his talents, while further endorsements have included Ellie Goulding, who often covers his track ‘Tethered’ in her live shows, and Bastille, who invited RATIONALE to join them on their European arena tour.

Now RATIONALE presents his own artistic vision with the October 6th release of his self-titled debut album. It features select highlights of his career to date - including the 14 million-streamed smash ‘Fast Lane’, the towering live anthem ‘Deliverance’ and the emotional intensity of ‘Prodigal Son’ - alongside a wealth of new material.