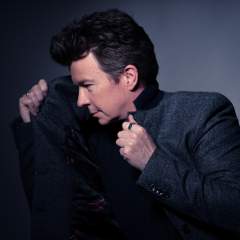 Sensational singer Rick Astley is best known for his huge international hit Never Gonna Give You Up which topped the single charts at #1 in 25 different countries. His highly successful career saw him perform the world over. He choose to enter into retirement in 1993 having achieved global fame and sold over 40 million records worldwide.

Refusing to give him up, Rick Astley returned from retirement in 2007 due to huge demand from a growing fan base after becoming a viral internet sensation. His subsequent second wave of fame has seen him voted by the public as the Best Act Ever at the 2008 MTV Europe Music Awards and seeing his brand new album 50 shoot to #1 in the UK Album charts upon its release in June of 2016.

His Summer tour takes him to Bedgebury Pinetum & Forest in Kent, Westonbirt Arboretum at Gloucestershire and Dalby Forest in Pickering during June. Then, in July, they proceed on to High Lodge at Thetford Forest in Suffolk, Delamere Forest at Cheshire and Cannock Chase Forest in Staffordshire.

Rick Astley tickets can very soon be yours. Get them when they become available at 09:00 on Friday 21st of October. You can make yourself ready for their release by setting a personal reminder with Gigantic right now to arrive to you via text message or email.

Following stints in bands. Astley made the move towards a solo artist, releasing collaborative single When You Gonna with Lisa Carter first. Never Gonna Give You Up was recorded on New Years Day 1987 and released in August and made him an overnight international star. The first leg of his career saw the release of the albums Whenever You Need Somebody, Hold Me In Your Arms, Free and Body & Soul before choosing to retire from public life.

However, massive public demand saw him return and he has subsequently released the three hit albums Keep It Turned On, Portrait and 50.

We only have a handful of Rick Astley concert tickets so we recommend that you book early or risk missing out on seeing the pop phenomenon live entirely. Always make Gigantic your first choice for the very best gig tickets.