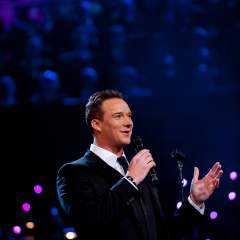 Four-time Brit Classical Awards winner and self-styled ‘People’s Tenor’ Russell Watson has become an important performer recognised by the most illustrious institutions. Having performed at the opening of the most important sport events whilst also enjoying massive commercial success, Watson has become a bestseller having sold more than 7 million records worldwide. He can proudly boast of being the only artist to have held the coveted #1 spot on the Classical charts in both the UK and US at the same time.

“I am really excited about my forthcoming tour as this is the first time I will be appearing live with an orchestra for a long time. It is also the first time I will be performing songs from my new album True Stories, an album I am extremely proud of. The London Palladium show will be particularly special for me as, even though I have appeared there before, it will be the first time I have headlined such an extraordinarily wonderful and evocative venue. ” - Russell Watson

Russell Watson tickets are just about to come on sale. Set a personal reminder with Gigantic to arrive to you via email or text message making you ready for their release on Friday December 16th at 10:00.

His incredible back catalogue includes eleven studio albums, including debut release The Voice and his latest entitled True Stories.

With only limited supplies of Russell Watson concert tickets available, you need to act fast and book yours before they are gone. Otherwise you risk missing out! Gigantic offers a great service in helping you book the gig tickets you need. So, stick with us for an incredible experience.